The popularity of Copenhagen’s Fashion Week is rising from season to season, but the most recent one is reaping all the hype. We received live runway updates from the hottest Scandi brands such as Ganni, Stine Goya, Cecilie Bahnsen, By Malene Birger and Saks Potts. Bloggers and photographers from every corner around the world, with Instagram accounts followed by millions, have posted memorable, colorful street-style outfits with the most innovative prints and color combinations, not to mention the mind-blowing runway locations the event took place in.

When people hear of Scandinavian aesthetics, the first thing that pops in their mind is an image of minimalistic black & white outfits, but the Scandinavian style exceeds the stereotypical claim. Of course, minimalism is present in some of the collections, but even those had a surprising twist to them. The origins of Scandinavian minimalism is linked to the fact that the majority of the population in Denmark belong to the Protestant church whose approach is based on simplicity and accessibility. Nevertheless, due to the global warming, Copenhagen’s temperatures are rising every year, therefore, people are hanging outside their houses more than ever before. Being outdoors in nature affects the way they dress up and design; that shift is reflected in the choice of bright pastels and whites.

Another thing that stands out in the Danish approach is the functional, laid back, effortless and comfortable designs. This last season the collections consisted of designs that felt refreshingly accessible and wearable. Take for example the pleasantly colorful daily looks presented by ‘Baum und Pferdgarten’ that could suit the needs of every woman out there. Their unique styling makes the total look feel more approachable. This was also obvious in the non-trivial pairing of the familiar slip dresses with Anoraks in Ganni’s show, alongside the hiking boots and bucket hats which gave the look that extra oomph.

Moreover, they tend to mix street style with high fashion brands and give their own Danish touch. They dress simply and casually, but you’ll always find them wearing an elevating pair of high-end shoes or a bag that stands out. The most basic items such as blazers and boilersuits are upgraded using the craziest prints and colors.

In Cecile Bahnsen’s show they chose to pair skirts and puff-sleeve dresses with ugly-pretty pearl Suicoke sandals, but the highlight was the Havaianas flip flops, the ultimate example for a comfy nonchalant item that took over CFW. I don’t know how but those girls made them look like a statement piece.

Even the locations and the vibe of the catwalks were aligned with the fashion week atmosphere; the Holzweiler show took place in a tented greenhouse, Saks Potts’s guests were seated on the floor, while the Bleachers and The Baum und Pferdgarten shows were in an intimate gallery space that seemed ideal for the shows. Every detail was just on point, and it paid off. 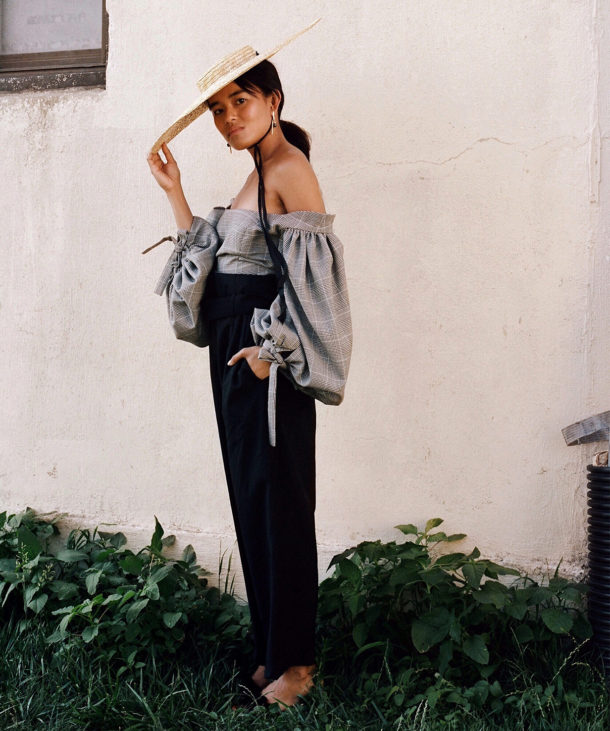 Next story
When Jacquemus takes the straw hat trend to the next level
Summertime is the best time to wear bold colors, to own crazy print beach towels, to put on a giant tote bag or to wear shoes full of pompons and…