From fake fur to leopard print: Why men’s fashion week 2019 wasn’t boring at all!

It’s that time of the year again, Fashion Week started a few days ago with the Men’s Autumn/Winter Shows. The Louis Vuitton collection was inspired by Michael Jackson, Miuccia Prada by Frankenstein. The collections of Fendi and Ami had a rather classic approach. We’ve seen some great stuff this season and captured a few of the most exciting shows.

Starting with the Milan Fashion Week and Marni, this season Francesco Risso presented us moody looking models that were stumping along the catwalk. The models were in oversized shirts and jackets, unfitted pants, hats that covered their faces. Images of protesting teenagers came to our minds when we saw the models with long hair, chunky necklaces and big shoes. Leopard prints and colorful stripes in a comic-like style, mixed with classic checked fabrics, is a riot in it’s own way, presented by a rebellious youth that doesn’t want to fit in. Yet the garments weren’t dirty looking or ripped up as one would imagine.

Take a look yourself! 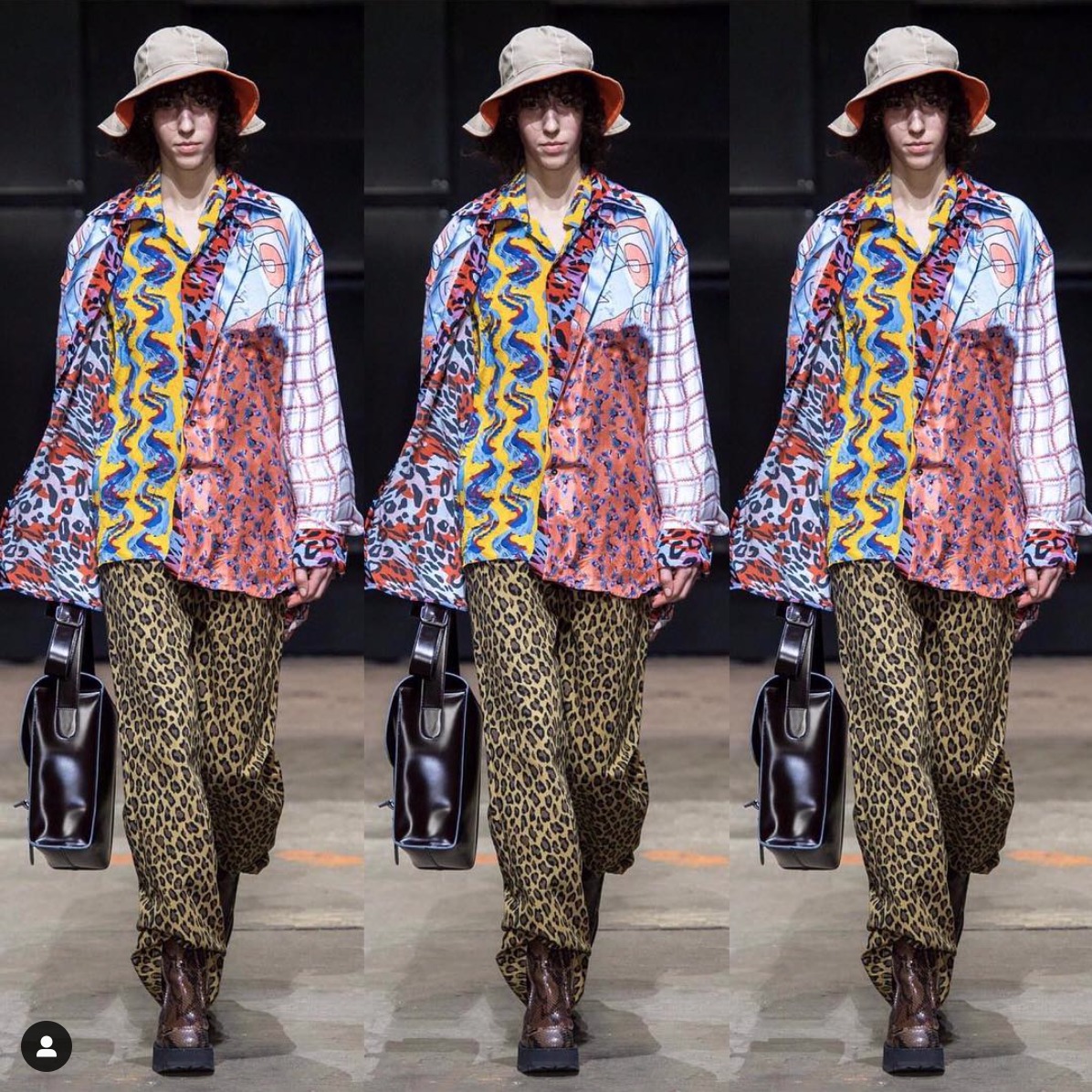 The message that Miuccia Prada brought to us in this season’s show of Prada wasn’t quite as deep as that of Marni but rather a bit humoristic, when models, resembling the Frankenstein monster, walked over the catwalk wearing grey colored suits with purple and green accents, boxy shoulders, trousers that were too short, and fake fur that was hanging over the model’s ears in bright colors. Maybe not quite what we expected from this year’s Prada show, however, very entertaining to watch!

Fendi’s show on the other hand had a very classic approach. Elegant, well dressed models in earthy colored, fitted jackets and oversized fur coats carried their suitcases over the catwalk. A mixture of the traditional classic Italian design and modern sportswear. Shiny fabrics and wild prints were combined with classic cotton and wool fabrics. The Fendi monogram was also not missing, printed on fur coats and leather bags. Bucket hats and aviator sunglasses gave the collections a youthful touch.

In Paris everyone was waiting patiently for this season’s Louis Vuitton show and yet again Virgil Abloh created a spectacular show. The invitations for the Louis Vuitton show already gave a hint to the theme of the show; a white glove with sequins à la Michael Jackson… And WOW it was a lot more than that!

The models were introduced by a Jazz band that played songs by Michael Jackson throughout the whole show. The setting was New York streets in the 50’s with a barbour shop and graffitied walls. Models in grey trench coats, layered grey blazers and large bags started the show. Colors, that Michael Jackson used to wear, such as purple, red and silver were introduced later. Going through all eras from the 50’s to now, the style of the garments changed with each time. Wild patterns based on a carton from Jackson’s movie ‘The Wiz’ were mixed in and every once in a while there was the American flag worked into one of the garments. At the very end of the show, the models came out with flags from various countries hanging from their bodies. Abloh payed homage to Michael Jackson not only in the sense of style but also in his message of bringing the world together in unity.

In this season’s Ami show Alexandre Matiussi wanted to reflect the bourgeoisie, the higher class, the image of French people in the best way. Like a well dressed Parisian, who visits his grandparents, who is always friendly and polite. Models in double breasted coats, well fitted trousers, knitted jumpers and hats walked over the catwalk with the Eiffel Tower in the background. Other models were wearing turtlenecks and checked suits. When asked about the collection, Matiussi said, “Paris is still a beautiful city, and I wanted to bring that sense of beauty to the show.”

What do you think? Did he successfully transfer the ‘beauty’ into his garments?

Back to Virgil Abloh, who designed not only the Louis Vuitton collection but is also the creative director of Off -White. Again we got invited into a play-like fashion show. A scene that resembled a mixture of forest and city, parts of buildings were hidden behind the many plants on the runway. Titled Public Television, a news reporter was talking in the background. A mixture of tailored suit jackets and oversized jeans, puffy coats, neon colored accents and football helmets on the models heads. Even famous figures like Offset walked over the runway. Similarly to Abloh’s previous Louis Vuitton show, the Off-White show was a spectacle!

Also worth mentioning are the following designers: 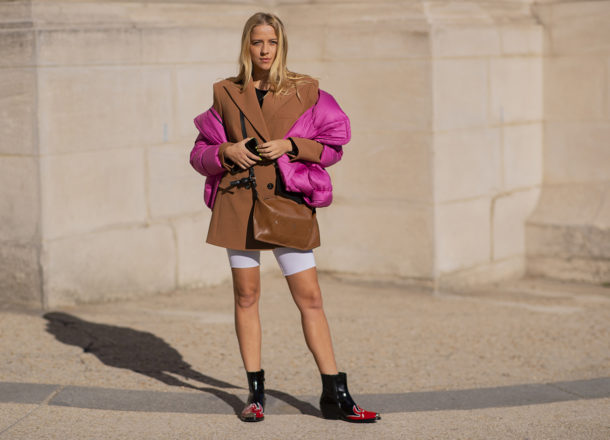 Next story
4 ways to layer like a street-style rockstar
When the beginning of January arrives everyone dreads the temperature drop and needing to wear so many layers in order to stay warm despite the fashion faux pas. Having so…